Belek to Cappadocia is a great 2 day family excursion. The distance from Belek to Nevsehir will be almost imperceptible and absolutely easy. Throughout the program for two days, guests will learn how Cappadocia was formed, see the famous sights - the Goreme Museum, the Valley of Love, Pigeons, Fairies, Pink and Monks' Valley. in a comfortable bus next to you there will be a professional guide. By visiting this tour you will find out what is better to buy, how to get to underground churches, temples and how much it costs to fly in a hot air balloon.

Cappadocia tour from Belek 2 days is a fabulous tour to a beautiful region where magical valleys and landscapes will help you relax. 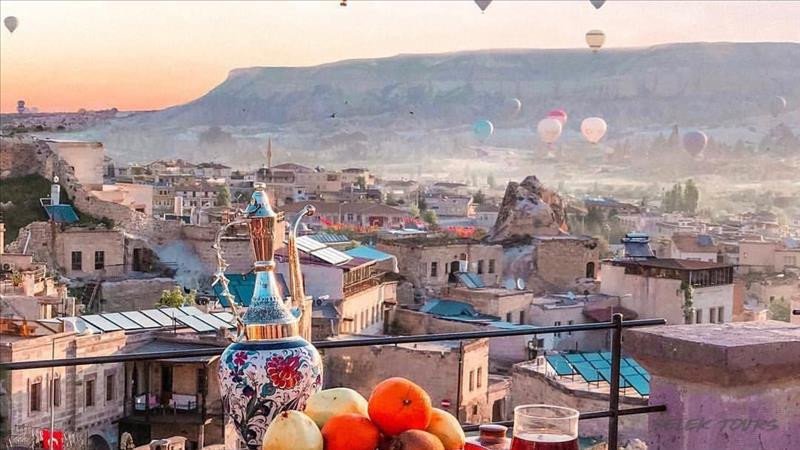 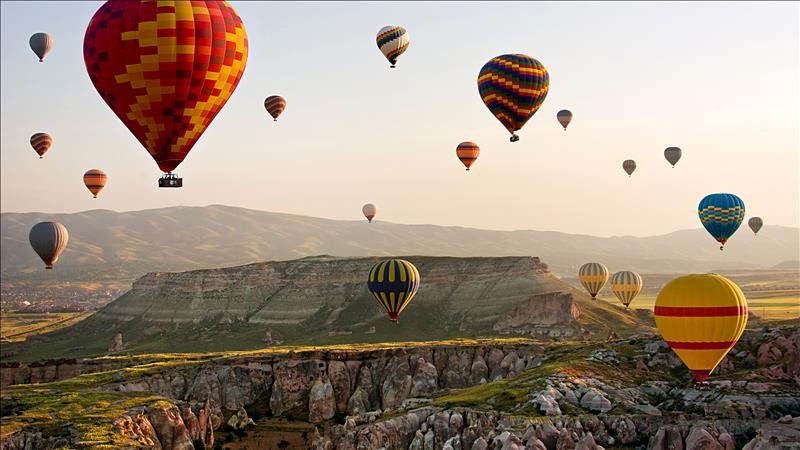 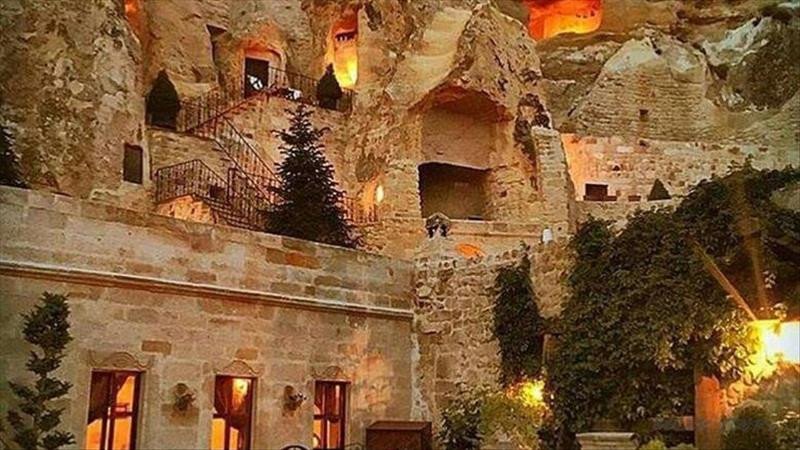 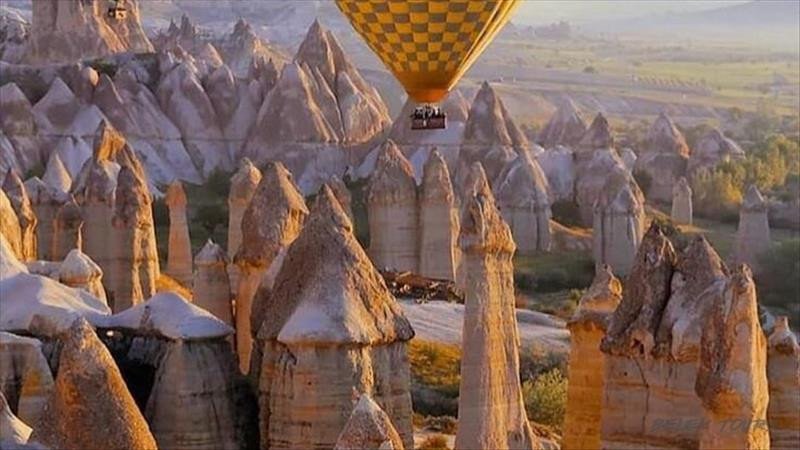 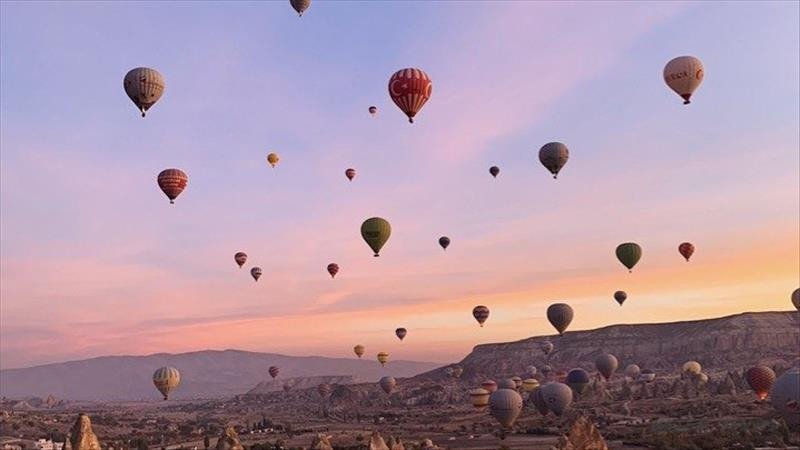 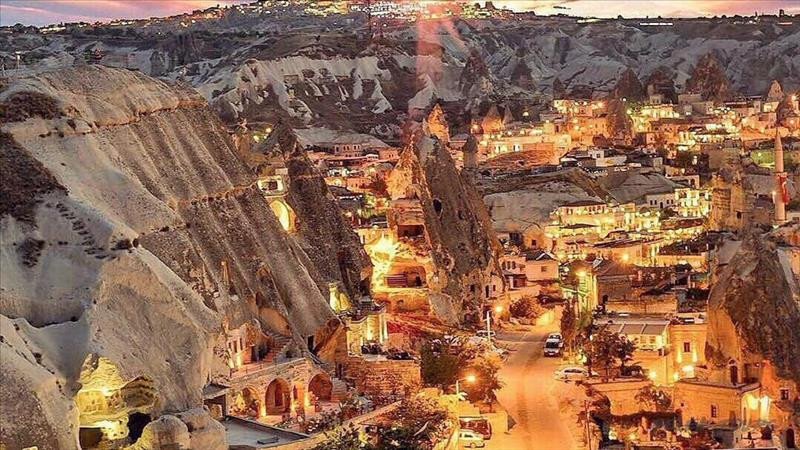 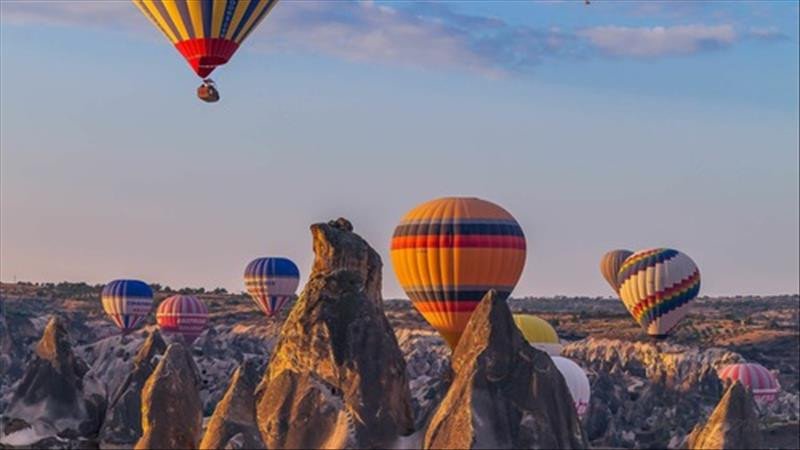 Belek to Cappadocia two days tour is an unusual tour that combines nature with history. Unique reliefs, magical valleys, underground cities - all this is Cappadocia. Do you want to see this wonder of the world with your own eyes? For a very affordable cost of the tour, you can see:

How long does it take to get from Belek to Cappadocia

The route Cappadocia - Belek will not seem too tiring for tourists, although the distance will be about 550 km. The group will overcome this path in about 7-8 hours with several stops for breakfast or rest in picturesque places. The tour starts already on the bus, as the guide accompanying the group will begin a fascinating story about the local traditions and sights of Turkey at the very beginning of the journey. And the question of how to get from Belek to Cappadocia can be answered as follows: the most convenient way will be an organized tour with a guide and an experienced driver.

How Cappadocia was formed

As a result of the collision of titanic plates, volcanic eruptions, the impact of winds and precipitation, a unique land appeared in Anatolia. Here, time seems to have stopped. This part of Turkey has a unique life of its own that you will be fascinated by. You will see wonderful underground cities built by the Romans who fled from persecution and the first Christians with rock frescoes, as well as delightful valleys in their unusualness. It is impossible to fully enjoy all the beauties of this region in one day.

What does Cappadocia mean? Translated from the ancient language, this name sounds like "Country of beautiful horses", so it is not surprising that there is also a valley in the name of which these unique animals appear.

There are more than 15 of the most famous valleys in this region, and twice as many of those that are not so popular among visiting tourists. The whole of Cappadocia, in fact, is a huge array, consisting of mountains and lowlands, each of which is unique and special in its own way. It offers amazing panoramic views of stone pillars, tuff mountains and local nature.

This is how the Baglydere valley is often called, which stretches for almost 4 km between the settlements of Uchhisar and Chavushin. It is not at all difficult to guess why the Valley of Love is so called, it is enough just to look at the special form of tuff pillars that prevail in this area.

The Devrent Valley (also often referred to as the Derwent Valley), although not rich in important architectural or historical structures, its beauty captures the spirit of every tourist. Its uniqueness lies in the bizarre cosmic reliefs and forms in which, turning on your imagination, you can see fabulous animals and mythical creatures. The Devrent Valley is located between the settlements of Ugrup and Avanos.

The Valley of the Monks (or Pashabag) is named after the high-ranking Ottoman title of pasha, which was honored to be worn only by the elite in those years. These places in ancient times were famous for their special climate and ideal conditions for growing grapes. Therefore, to this day, here you can taste real and some of the best Cappadocian wines in the country.

These places are rightfully considered to be one of the most picturesque in the region, because it is here that the signature recognizable photos of Cappadocia are taken from many angles. Thousands of small holes are carved into the rocks, which used to be dovecotes. In this valley there is a special observation deck, which is called Fairy Fireplaces - bizarre "mushrooms" from tufa of various shapes.

Göreme Unique Museum (Göreme) is one of the most popular monastery complexes in the region, famous for its monumental size and rich history. It was here at the time of the birth of Christianity that the first believers fled from Jerusalem, having arranged their life underground. There are ten Christian churches on the territory of the museum, whose appearance dates back to 900-1200.

Among the most famous underground churches, one can single out the famous Maiden Monastery in the rocks, as well as the Church of St. Basil, the Archbishop of Caesarea, who was one of the most revered saints in those years in the Cappadocian region. Here you can also visit the Church with an apple, the temple of St. Barbara and Ilanli (or the Church with a snake). most of them are covered by our program of excursions to Cappadocia from Belek.

If your vacation has a lot of days of rest, we advise you to choose a tour Capadocia from Belek for three days, because even a week will not be enough to get acquainted with this magical place in detail .

For those who love shopping or just want to buyfor yourself and your loved ones something to remember, we provide an opportunity to buy various interesting and useful items in stores as part of a two-day tour to Cappadocia from Belek. Here you will find quite inexpensive pottery or leather products, onyx stone products. These are very beautiful things that will be a great reminder of a great time spent in amazing and many-sided, mysterious Turkey. Excursion to Cappadocia from Belek for two days is a great chance to combine business with pleasure.

Among tourists, national silk carpets are in great demand, which can be bought exclusively in this region. Local craftsmen are considered among the most experienced in the world, so each carpet is a real work of art. Usually, the patterns on the canvases are made in a colorful Turkic style, and only materials and dyes of natural origin are used in the manufacture. Basically, each carpet is created by craftsmen by hand painstakingly and for a long time, and for one sq. cm. canvases need from 1000 to 1200 knots.

How much does a balloon flight cost in Cappadocia

The Balloon Festival is an enchanting event, for which thousands of tourists come here. At dawn, hundreds of colorful balloons soar into the sky, in the baskets of which admiring guests comfortably sit, who have a chance to admire these places from a bird's eye view. The cost of a hot air balloon flight is constantly changing and depends on seasonality, basket capacity, etc.

Belek - Nevsehir how to get there

The distance from Belek to Nevsehir will be almost imperceptible and absolutely easy for you. Throughout the exciting and entertaining journey, a professional guide will be next to you in a comfortable bus.

Excursion from Belek to Cappadocia for two days is perfect for those who want to buy something for themselves and loved ones as a keepsake, we provide an opportunity to buy various interesting and useful souvenirs in shops. Here you will find quite inexpensive pottery, onyx stone products. Minimum number of stops for shopping, accommodation in a cave-style hotel.

What do I need to know before going to Cappadocia?

How far is the beach from Cappadocia?

How much is the balloon ride in Cappadocia?

Where do the balloons take off in Cappadocia?

Why is it called Love Valley in Cappadocia?