Belek to Pamukkale tour for 1 day is a fascinating tour of the affordable cost will leave indelible impressions in your memory. The distance from Belek to Denizli, which is 283 km, will be almost invisible to travelers

Pamukkale day trip from Belek is a great excursion to the most picturesque places in Turkey for the whole family! 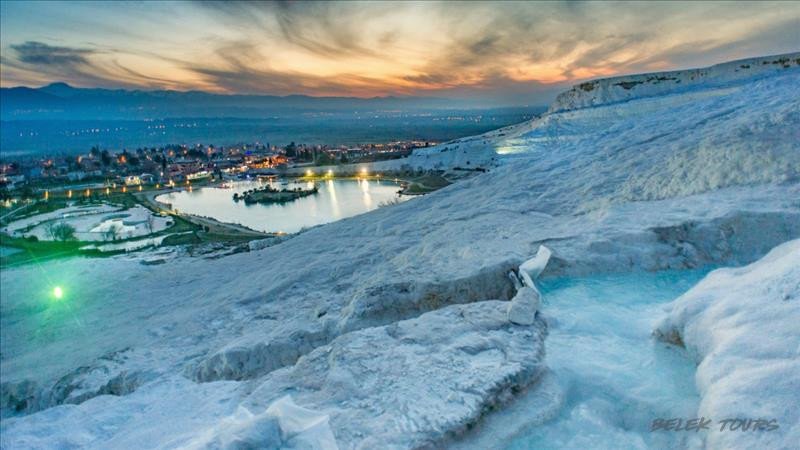 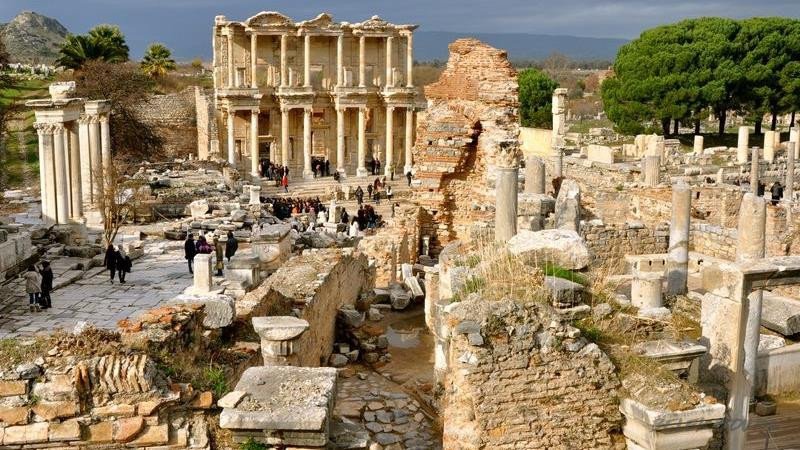 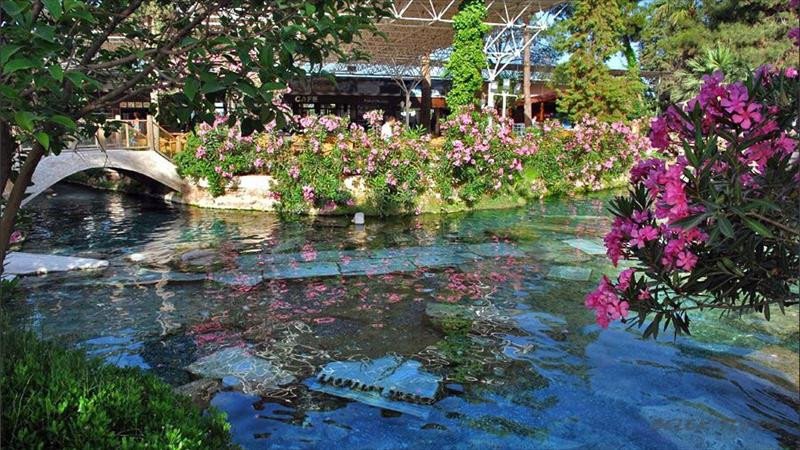 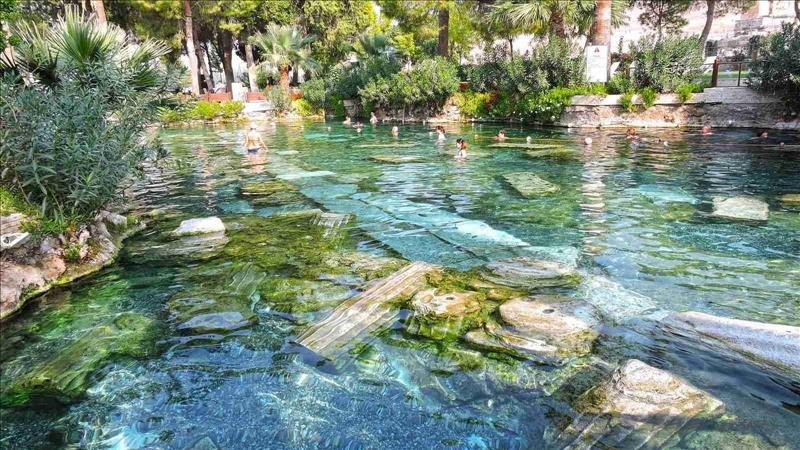 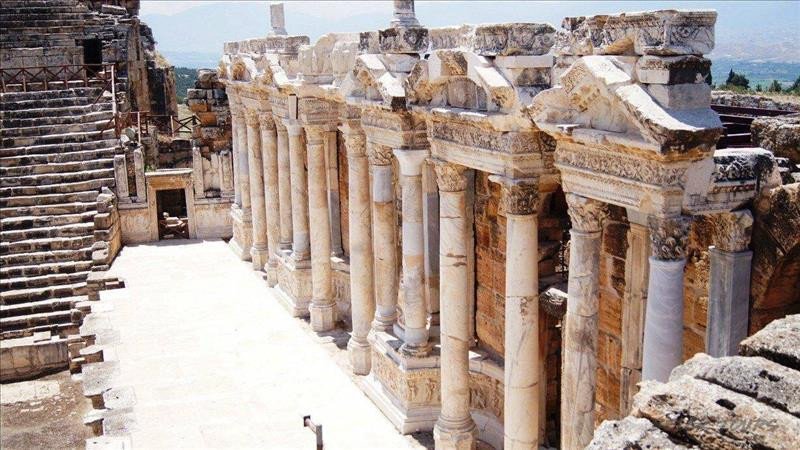 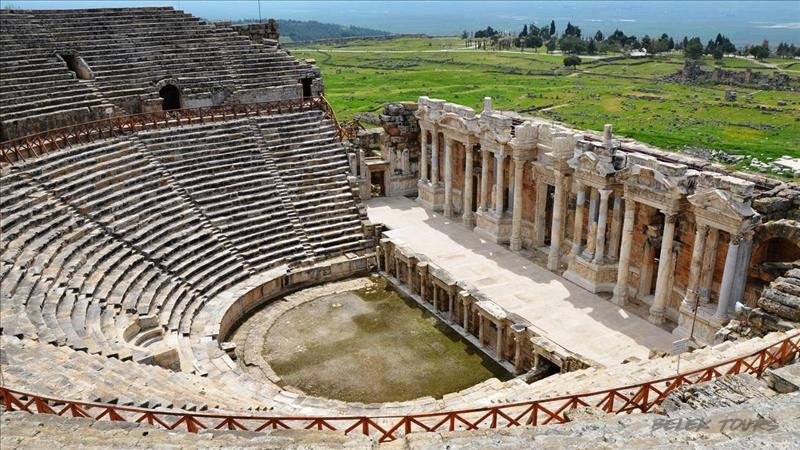 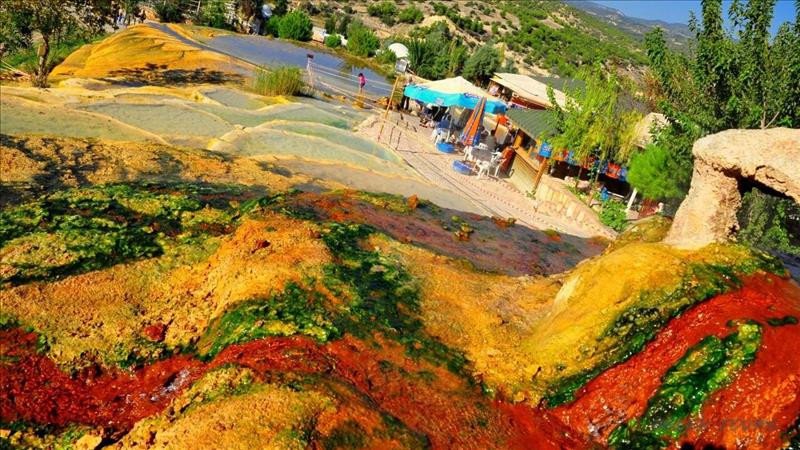 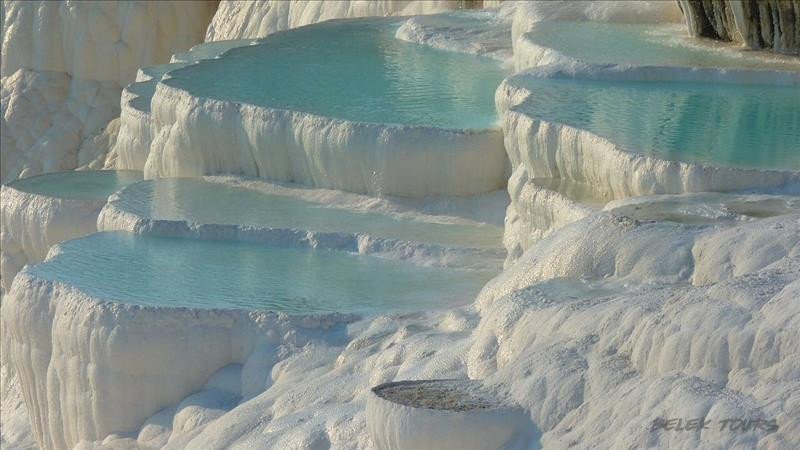 Belek to Pamukkale tour one of the options for a one-day excursion to Pamukkale to have a fun and interesting time with benefit, learn the culture and history of the country and get the opportunity to visit the healing springs, paying a very affordable price for the trip.

What is the meaning of Pamukkale?

Pamukkale translated from Turkish means "cotton castle". This is a unique natural and cultural complex created by nature itself in the south-west of the country. Unique in its kind travertines, which arose on the slope of the mountain, are known all over the world. During an excursion to Pamukkale from Belek for one day, you can see 17 geothermal springs, the water temperature of which does not drop below +35 degrees.

Fantastic snow-white limestone cascades on travertines enhance the impression of what he saw. The water itself is healing. Its amazing properties were experienced by the ancient Greeks. Today, these hot springs are popular as one of the most effective anti-aging remedies.

For those who wish to spend more time in the springs, as well as additionally visit the ancient city of Ephesus, we offer a two-day tour Ephesus from Belek.

How long ago was formed Pamukkale?

The formation of unique geothermal springs in Turkey was facilitated by centuries-old events that took place in the distant past in this territory. Hundreds of millennia ago, a powerful earthquake caused a chain of geological movements in the earth's crust. Due to this, open sources of minerals, in particular calcium, began to form in the faults. Underground waters, rich in calcium, began to break out forming unusual travertines - picturesque cascades of snow-white color. In fact, they were created over thousands of years by nature itself and consist of a huge number of layers of calcium deposits.

Just a few kilometers from the legendary white terraces of Pamukkale is the small but popular tourist village of Karkhait, which the group can also visit as part of a one-day excursion Belek to Pamukkale. Here are the so-called red springs of Karhayit, or hot springs. The temperature of the mineral water here is so high that if you touch its source, you can easily get thermal burns. The waters of Carkhait are rich in iron and are also considered healing. Unique muds that are applied to the face and body also have healing properties.

When was Hierapolis built?

In the vicinity of the terraces are the ruins of the ancient city of Hierapolis, which is called the "holy city". A Belek to Pamukkale tour for 1 day will give you the opportunity to walk along the old streets and see the amphitheater, Roman baths, the main gate and many other objects that tell about the former greatness of this place. The first settlements on the territory of Hierapolis date back four thousand years ago. In 17 B.C. there was a powerful earthquake, after which the city drowned in ruins.

Despite the devastating earthquake, some buildings of the ancient city of Hierapolis still managed to survive. First of all, we are talking about the famous ancient amphitheater, which, according to various sources, could accommodate 10-12 thousand spectators at the same time. Here, in the era of the ancient Romans, city meetings, enchanting performances and battles of warriors were held.

Another unique place, popular among travelers, was the baths of Queen Cleopatra, where the beauty herself took rejuvenating baths. The water in this thermal spring resembles champagne with small bubbles, and its composition is rich in the most important microelements for maintaining youth and female beauty: zinc, iron, manganese, etc.

Pamukkale tour from Belek one day is a transfer in a comfortable bus, which will start from the moment the transport is sent, thanks to the high professionalism of the guides accompanying the trip. Minimum number of stops at shops during the tour. The price includes meals and entrance tickets to attractions.

Benefits of swimming in Pamukkale

Pamukkale: what you need to know before you go

Why is Pamukkale white?